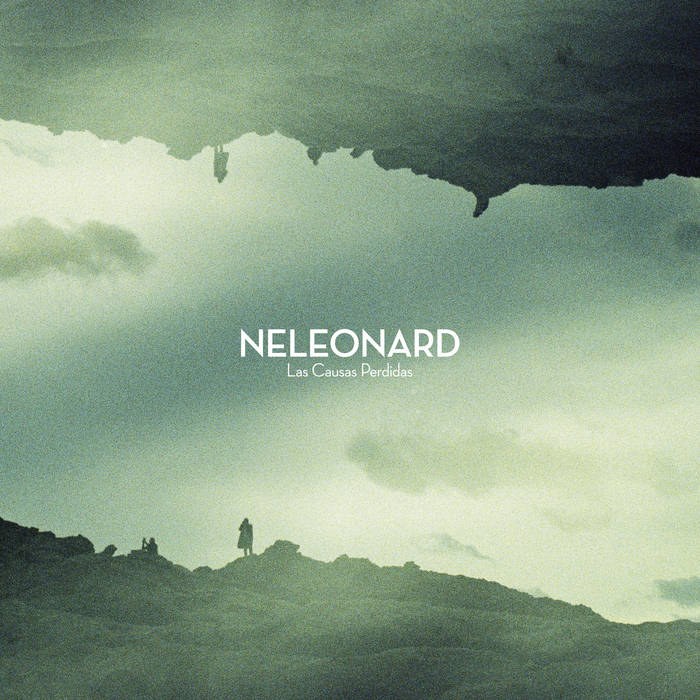 We are really excited to share this album with you. And you know it. Since a little over a year and a half ago, we have been dishing out a few select songs by NELEONARD, and we were dying to show you everything this group – formed by Nele, Laura, Elena, Guille, Eloy and Pedro – can do. And the time has finally arrived, with “Las Causas Perdidas”.

This album has that elegant pop spirit that is highly emotional, subtle, delicate, and that shows the fragility of what it is to be human. With the upbeat opening of “Reluces”, with clear echoes of THE DIVINE COMEDY, we see it clearly. Those beyond perfect arrangements that mark a crescendo that is more than musical: “En tu casa he oído que vives sin ti / Sintiendo lo cerca que estamos del cielo” (I heard that you live in your house without yourself / Feeling how close we are to heaven). Rebirth, reestablishment, believing in new opportunities, enjoying the feeling of security that someone gives you and that makes everything shine again. And when “La Más Alegre” starts, we have the first direct hit. Optimism in its purest form. Luminosity. LA BIEN QUERIDA. The strength necessary to enjoy life. We have already talked a lot about “Coger Frío”, in a good way, from the advance single, with that tart but colorful push that Darren Hayman really likes to use. “Seguro Que Es Por Mí” lets itself sink into the arms of melancholy for a moment, to accept the troubles and heartaches of life. This step backwards is needed to take a new leap forward. And that leap is “Menos De Mí”, which starts with majestic strings. Once again, we can see Neil Hannon, but also Sufjan Stevens, and above all LA BUENA VIDA. It’s a total temper tantrum turned into a song. This ability to talk about feelings that burn in day to day relationships and memories. It’s just enough to move toward the more crooner side of NELEONARD on “Tu Fiesta”. TINDERSTICKS and Nick Cave. Sobriety, solemnity, anguish, darkness. Raw emotions… “Un extraño en tu fiesta” (A stranger at your party).

The B-side starts off flirty, with that Andalusian accent and that immediacy and irony. “Mariadel” is simple, gorgeous, like something sweet you savor and enjoy slowly. “Vivir Como Ellos” has an exultant vitality with that touch of seriousness that makes NELEONARD such a strange species on the national scene. This is the news we were waiting for, that crooner pop sound, delicate and subtle, with those interludes where the violin and mandolin shine, and the marked pauses with an acoustic guitar. There is no better summary for a song that ends in a euphoric explosion of emotion and excitement. “Pues Es Verdad” gets back to that Andalusian touch, and combines it with the eternal magic of SIMON AND GARFUNKEL, forging one of the album’s other big hits. And then comes the calm; “Salvavidas” edges its way into the folk and acoustic universe, IRON & WINE, NOSOTRÄSH, BELLE AND SEBASTIAN and LA COSTA BRAVA. “Ya Ni Cuento” sounds like the chamber album that THE SMITHS could have recorded, and to close the album we have none other than “Despedida”. The uncertainty and fear associated with all good-byes. Incertitude. Once again, Stuart Staples and his solemnity.

The collection of songs we have talked about here is just an example. But they perfectly place NELEONARD’s sound and they help us recognize that we have something that we were missing. They are the perfect mix between the Spanish and the British pop traditions, present and past, with their elegant, crooner style; chamber pop, as they would say. And now all we have to do is enjoy it. Savor it. Sing their songs. Until the end of time.