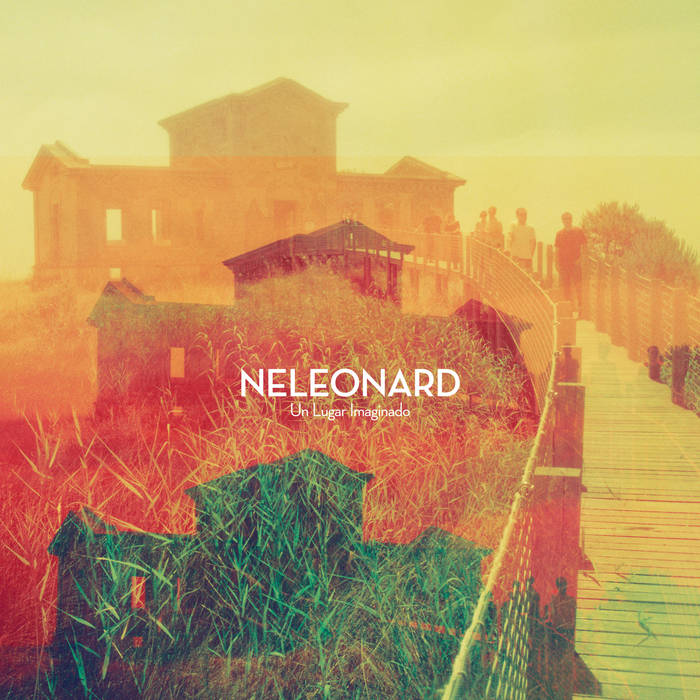 After meeting all expectations with the first album, “Las Causas Perdidas”, which made them the next big promise of pop sung in Spanish, the powerful live show NELEONARD showed off on the tour for that album became one of the biggest keys to making “Un Lugar Imaginado” the culmination of such a thrilling proposition. Because “Un Lugar Imaginado” beats its predecessor in intensity and dynamics, and it makes an incredibly intelligent read of all things epic in pop, that roller coaster of emotions made out of melodies, arrangements, starts and stops. Nothing needs to be confirmed; it’s already done. Let yourselves go.

We open the doors with “El Mismo”, with its summery, lazy air, and that beginning that feels like an homage to DOBLE PLETINA (in fact, Laura Antolín is present here on the choruses). It’s a story about break-ups and disappointment, with an emotional crescendo based on really delicious, exquisite choruses and chords. “Sorpresa, Vacío” (the second advance single for the album) steps on the gas, with echoes of HOUSEMARTINS and early CARDIGANS, backing up a reflection on the idiosyncrasy of giving and not receiving. And we have an amazing example of a whole gallery of structural changes, stops, starts… A roller coaster, remember? “Por No Hablar” is a huge slap in the face. Clear and evident traces of sadness that Nele Navío explicitly recognizes himself in, exposing his limitations, his inability to explain himself in certain situations, in a song that is, musically, a leap into the emotional abyss, overflowing with intensity. It’s ironic, isn’t it? And the cherry on top is Fermí Herrero’s (TRONCO) participation in the vocals, solid and perfectly timed. “Mi Mentira Favorita” is new proof of that song dynamic and structuring that we mentioned before. The way it builds until it reaches the breaking point, exuberant, delicious, groundbreaking… “Llegaste a ser mi mentira favorita” (You became my favorite lie). What we want to be but isn’t, no matter how much we wish for it. We already know “El Bufón”, the first advance single for the album. It’s a revenge-song that elevates the musical hypotheses of CAMERA OBSCURA to the highest levels (this group was an obsession while “Un Lugar Imaginado” was being written). Castanets, playing around with vocals, strings, echoes of soul. Marvelous. Side A closes with “Undostrés… Y Adiós”, a song to emptiness, to melancholy, to the ephemeral.

“El Último Segundo” is a luminous opening to Side B, with touches of funk and electro-pop, somewhat unusual for the band, somewhere between LE MANS and SUPER FURRY ANIMALS at their most danceable, showing us the band’s predisposition for trying out other sonic territories, but always with their own personal mark. “Jonas”, a tribute to WEEZER, or how music is part of the most important moments of our lives. It’s new pop perfection. “Camareros” begins by getting our attention with the three-four time and an rhythm & blues beat. It’s the beginning of one of the most incredible tours de force on this album. At three and a half minutes there is an electric leap, immediately followed by that pause that you know is that moment when you are so close to the ground, getting ready to take off running for the highest point possible. And there it goes. “Lo Más Importante” goes into top gear, as if it were compensating. But not. Impossible dynamics made with such simplicity that they feel totally natural. “Mil Y Un Detalles” takes us back to the best Scottish folk-pop, like (once again) CAMERA OBSCURA, BELLE & SEBASTIAN, AZTEC CAMERA… With those northern-soul choruses and those winds that sound like rays of sunshine. Exquisite. Energized. This amazing collection of songs closes with “Qué Asco Me Doy Cuando…”, which is darker and rougher, finishes up with a wonderful soul development, the kind that makes your chest swell. Marvelous.

It’s hard to say exactly where the magic of NELEONARD comes from. It could be Nele’s lyrics, which range from cynicism to confession, always with the highest level of sensitivity. The exceptional vocal play of Laura Alonso takes all the songs a new level of reading them, and brings seduction into the mix. The instrumental solidness of the group (Eloy Bernal, Elena Comas, Guille Rodríguez and Pedro Señalada), who are like a perfectly-oiled machine, allows them to make something so tremendously complex feel easy. Or maybe it’s that behind this complicated machinery, they are just trying to make pop songs, the kind that are timeless without even trying. And do they ever!